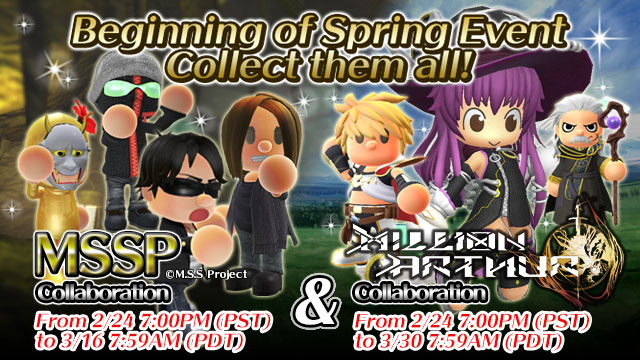 We are featuring special M.S.S Project costumes and themed stages!

Who is M.S.S Project?

This unique, and very popular game broadcast and music production group consists of four members: FB777, KIKKUN-MK-II, Aromahot and eoheoh. They have many fans within the Niconico and YouTube communities. In addition to their video game broadcasts, M.S.S. Project also appear in many live events as well.

Special collaboration items are available in the special event cave at Doggie Digging!

Another event we are featuring is the Million Arthur Collaboration.

Special collaboration items are available in the special event cave at Doggie Digging!

Stage pickups are also available for each character.

Available pick-up stages are shown on the World Map.

Pets are available in a special pick-up event with different pets featured every week!

During the event period, each corresponding pet will also be available through Doggie Digging. 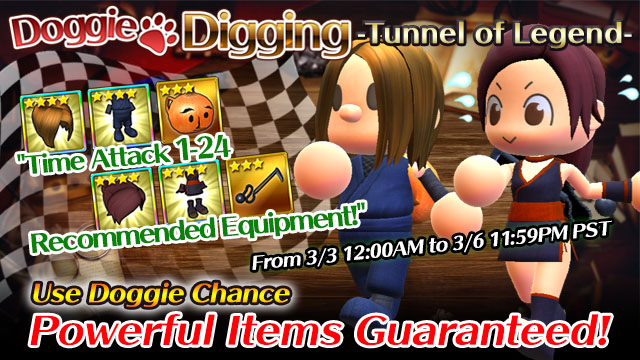 During World Grand Prix, use 10 cakes in the Tunnel of Legend at Doggie Digging to activate Doggie Chance.

You are guaranteed to win one item that may have an ability useful for improving your time on the GP stage in session!

Improve your items and beat your best time!

We have a login bonus for March as well! 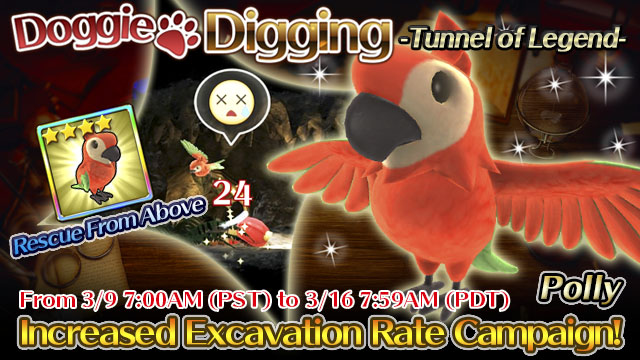 For a limited time, you will have an increased chance of obtaining items.

Use one or more cakes to obtain great items!