An update for Spelunker World is available starting December 3rd, 2015.

Summary of the Update:

4. Pico a Mysterious Fairy in the Tunnel of Legend

5. Christmas-themed Costumes in the Tunnel of Legend

Volcano caves await you in World 4!

Watch out for new dangers such as Lava, Earthquake and Magma. And... the Secret of Spelunkette? 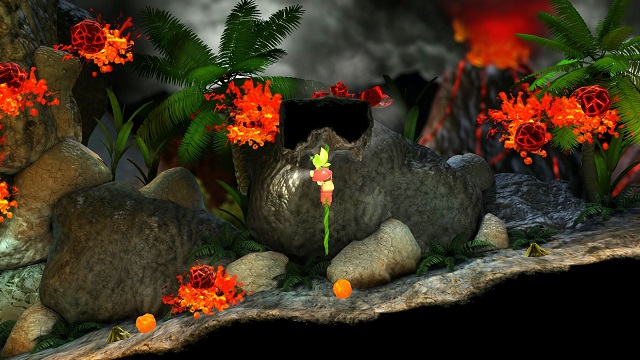 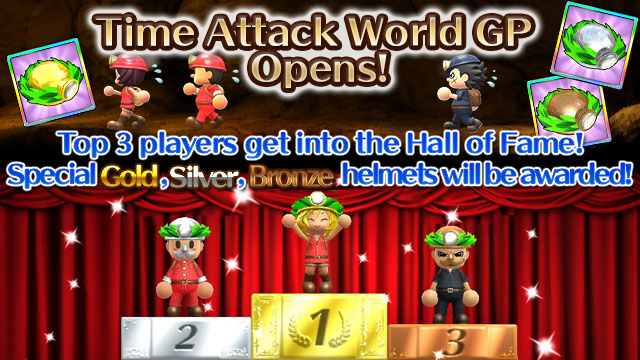 Being one of the top three in the world gets you into the Hall of Fame! Also features special gold, silver and bronze helmets!

Each event starts from Midnight on Thursday to 11:59PM on Sunday (PST)

Go to the event selection screen by pressing R1 on the world map.

You will find Time Attack World GP during the event period.

From Just Cause, the outfit of the unstoppable, fearless, determined, Rico Rodriguez is now available. Get them at Doggie Digging and pickup stages! 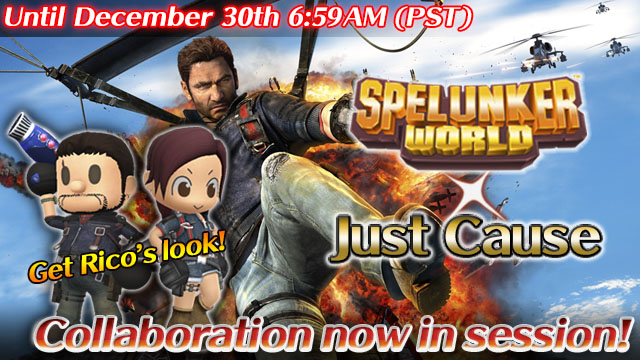 With a Wing Suit, you will be able to navigate World 4, full of dangerous magma. 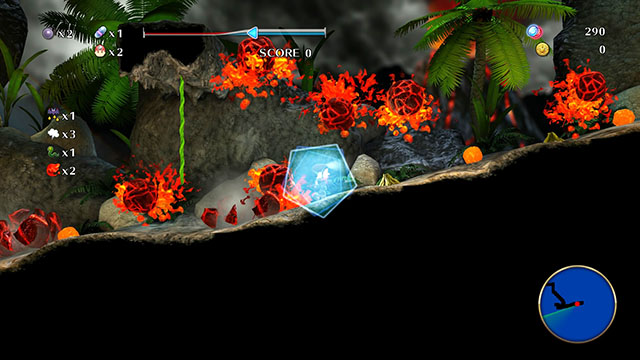 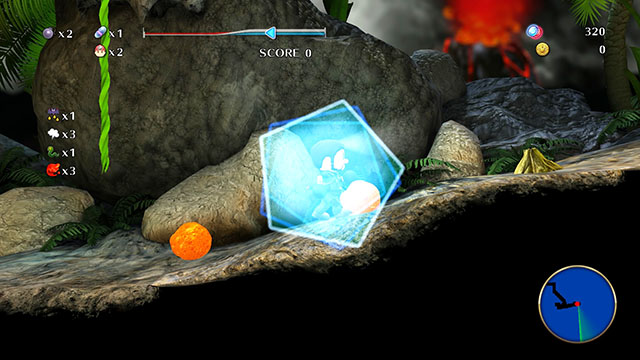 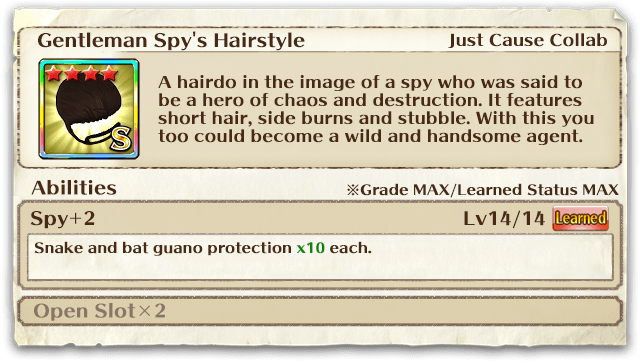 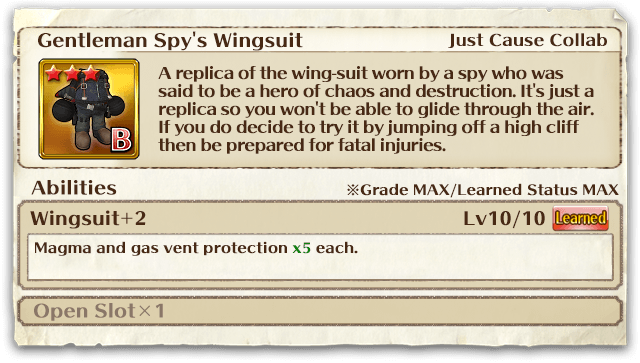 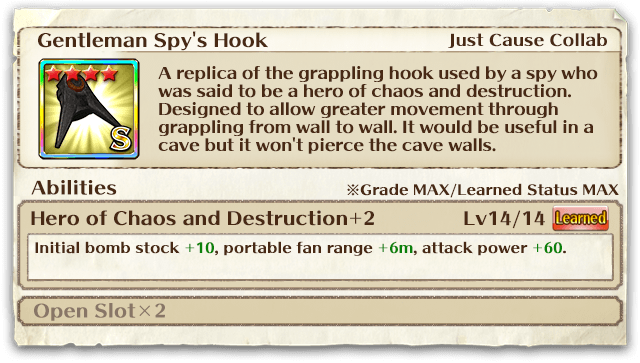 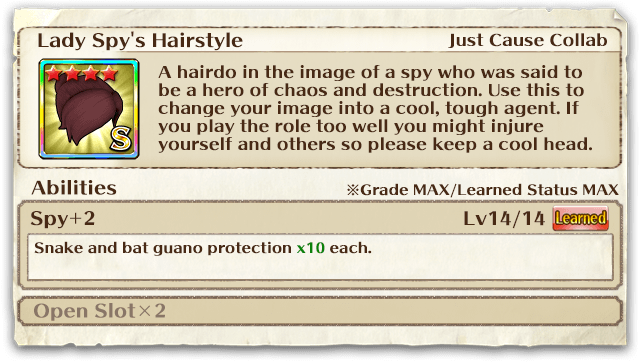 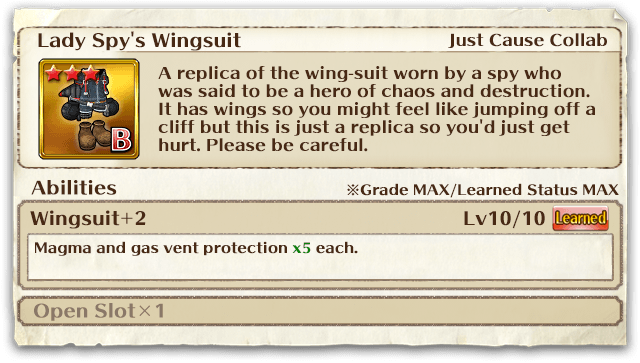 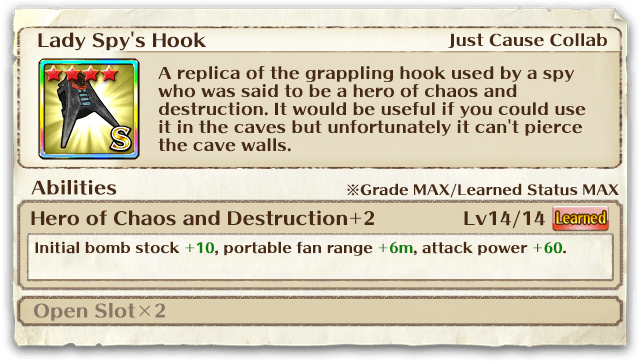 4. Pico a Mysterious Fairy in the Tunnel of Legend 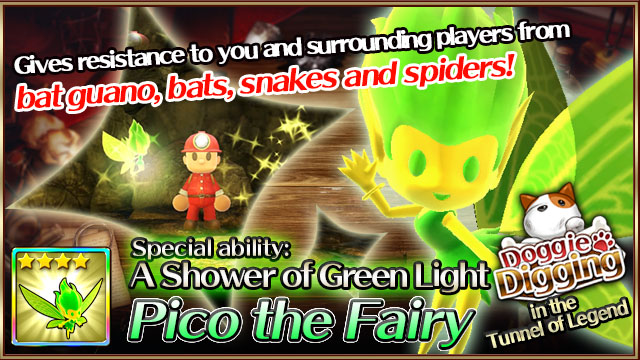 Special ability "A Shower of Green Light" gives you and surrounding players resistance to bat guano, as well as to bats, snakes, and spiders.

What makes Pico different from other companions we have had so far is that Pico can give players resistance to certain dangers in the cave.

Help each other to explore deep into the cave!

Gather around Pico the Fairy and the Shower of Green Light to receive protection from various hazards. 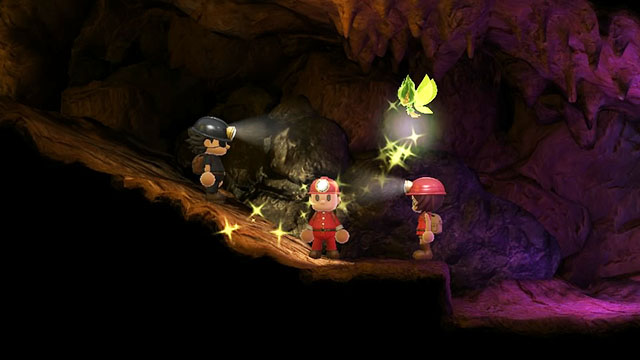 This ability adds resistance to certain hazards, up to 5 times when fully enhanced. 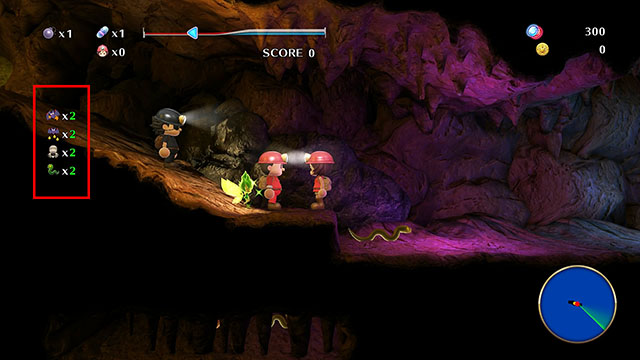 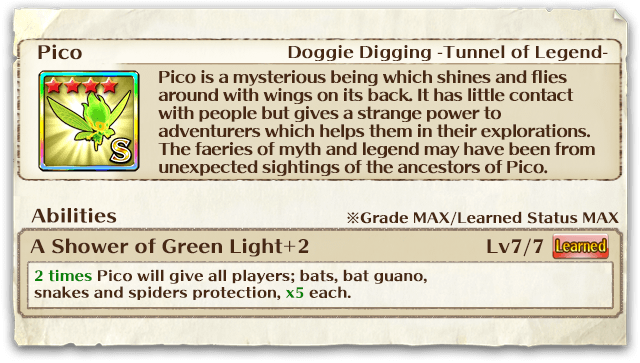 5. Christmas-themed Costumes in the Tunnel of Legend

Christmas comes to the cave!

In the Tunnel of Legend at Doggie Digging, there are Santa costumes for Spelunker and Spelunkette for a limited time! 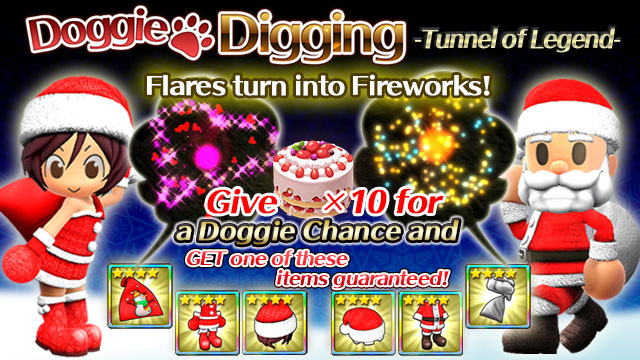 By wearing a Santa sack, your Flare will have a special look.

During the event period below, you are guaranteed to receive one of ★4 Santa items with Doggie Chance. 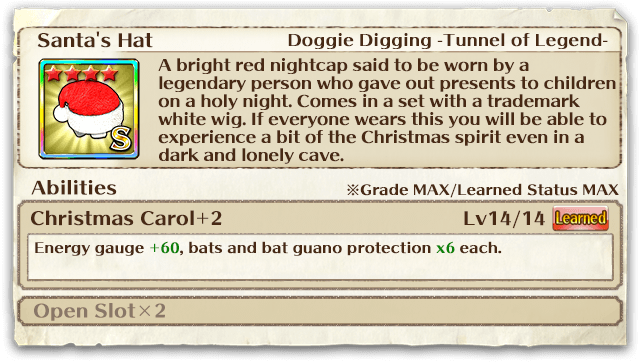 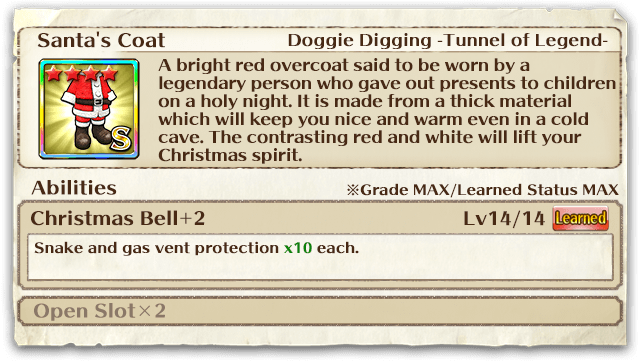 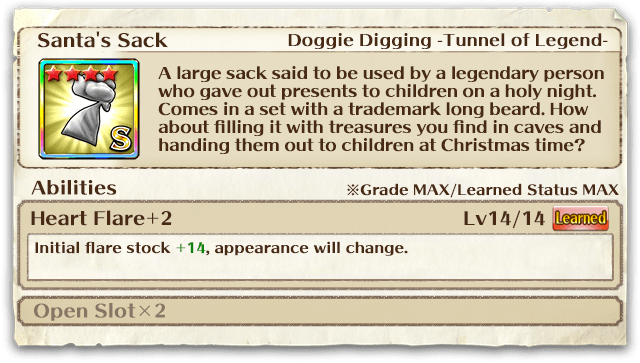 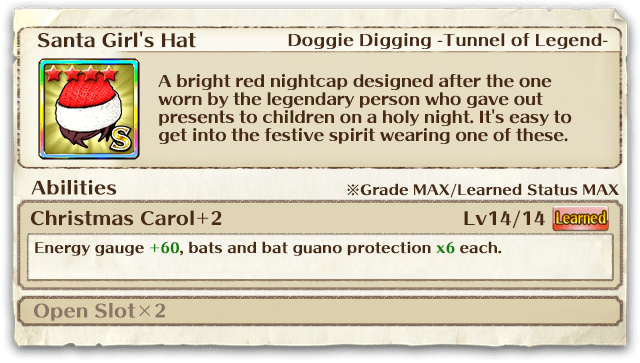 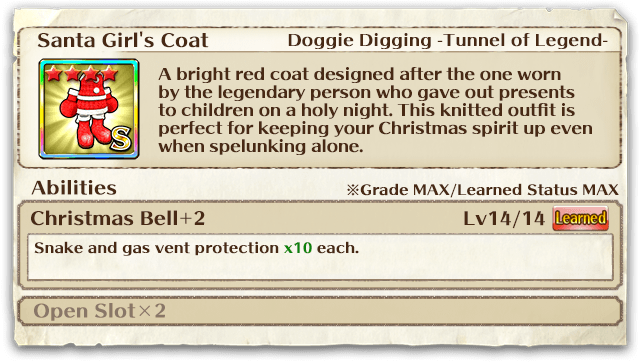 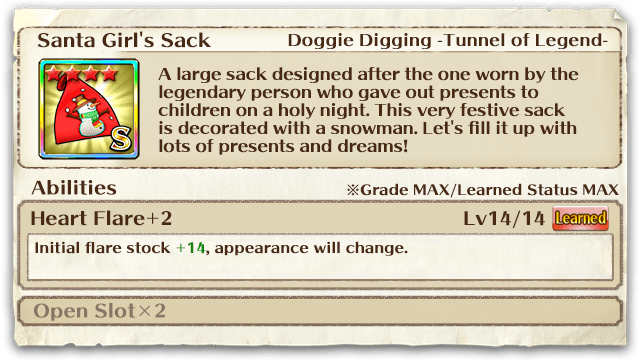 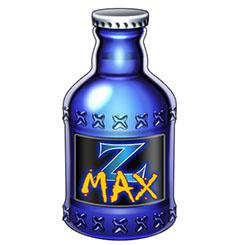 Super-hard stages featuring ★3 Ambers. Collect them and upgrade your items!

There is a special login bonus during the month of December.

Special bonuses including candies, SpelaMax Z and cakes are available during the following period:

・ Improved processing makes it easier for a player to proceed to the next stage if a connection error occurs when a player selects "To Next Stage".

・ Drinks can be now consumed in the multiplayer lobby.

・ For the release of Expert Tier, the display at the entrance of the Rare Metal stages has been updated.

Good luck and have fun!